Today's funny is kind of poking fun at myself. I work in the legal field and some day's it takes everything in my not to bust out in full on belly laughs at some of the oddest things I hear.

I hope these make you laugh. It's so important to take a moment and find the humor in the things around you.


HOW DO COURT RECORDERS KEEP STRAIGHT FACES????
These are from a book called Disorder in the American Courts and are things people actually said in court, taken down and published by court reporters that had the torment of staying calm while the exchanges were taking place. 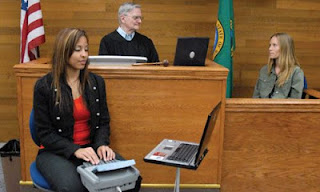